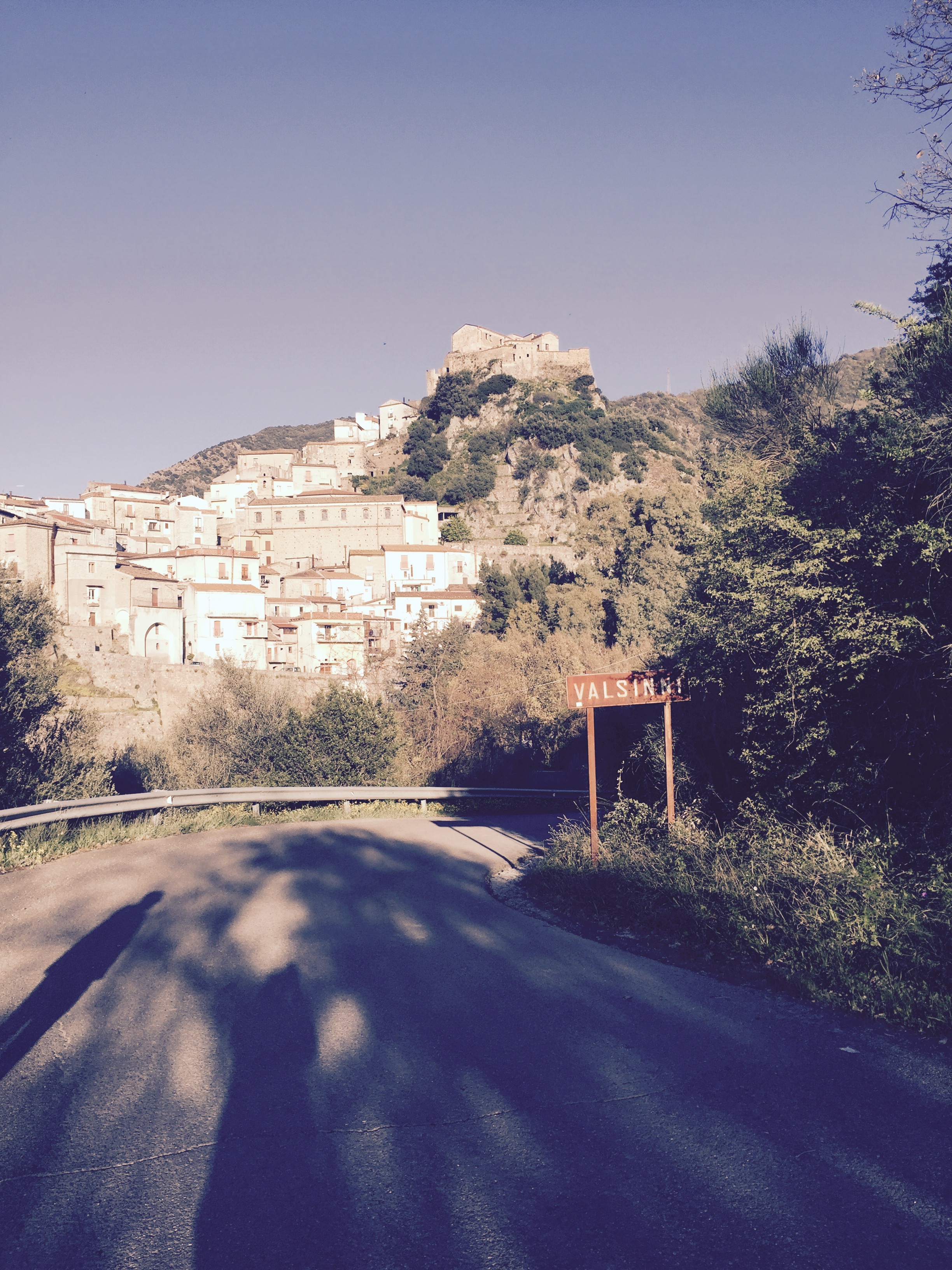 This walk should be taken in your hometown, the place where you spent your childhood, the place you enjoy when you was a girl, the place you hate while your university-life because it offered you nothing to enjoy, the place you know love and you can’t wait to be there. 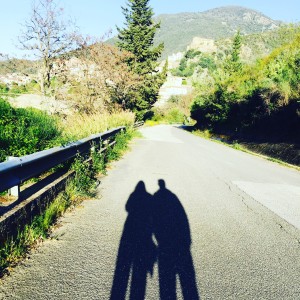 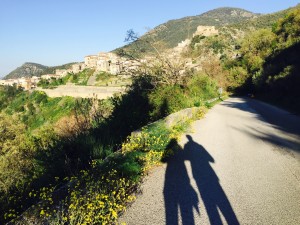 This is a bit of the wildness that everybody should have in life: fresh air, sun, green, yellow too, and time to enjoy it. 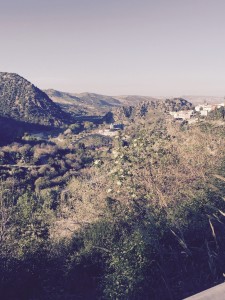 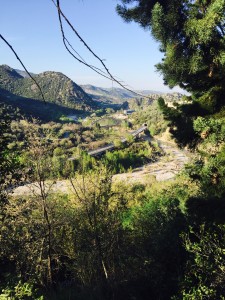 Some of the places remind you about your childhood, they were where you used to go with your parents for Sundays pic-nics or just to have a walk in the wild genuine nature, and they are still attracting people at Sundays. 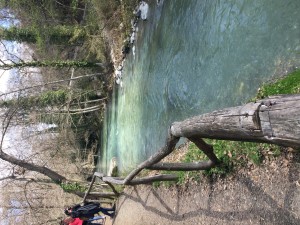 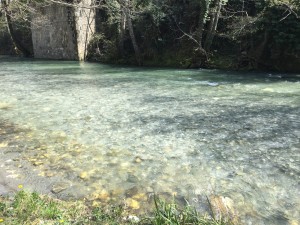 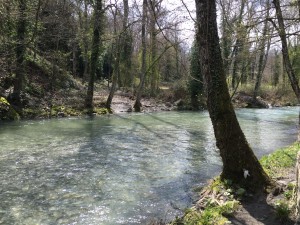 Pristine wild landscapes sorrounding your day, rivers, flowers and relax. Enjoy your peaceful moments before going back to the ordinary life.

#NoteOfTheDay Walk on the wild side from Lou Reed’s 1972 second solo album, Transformer, (after leaving the Velvet Underground). 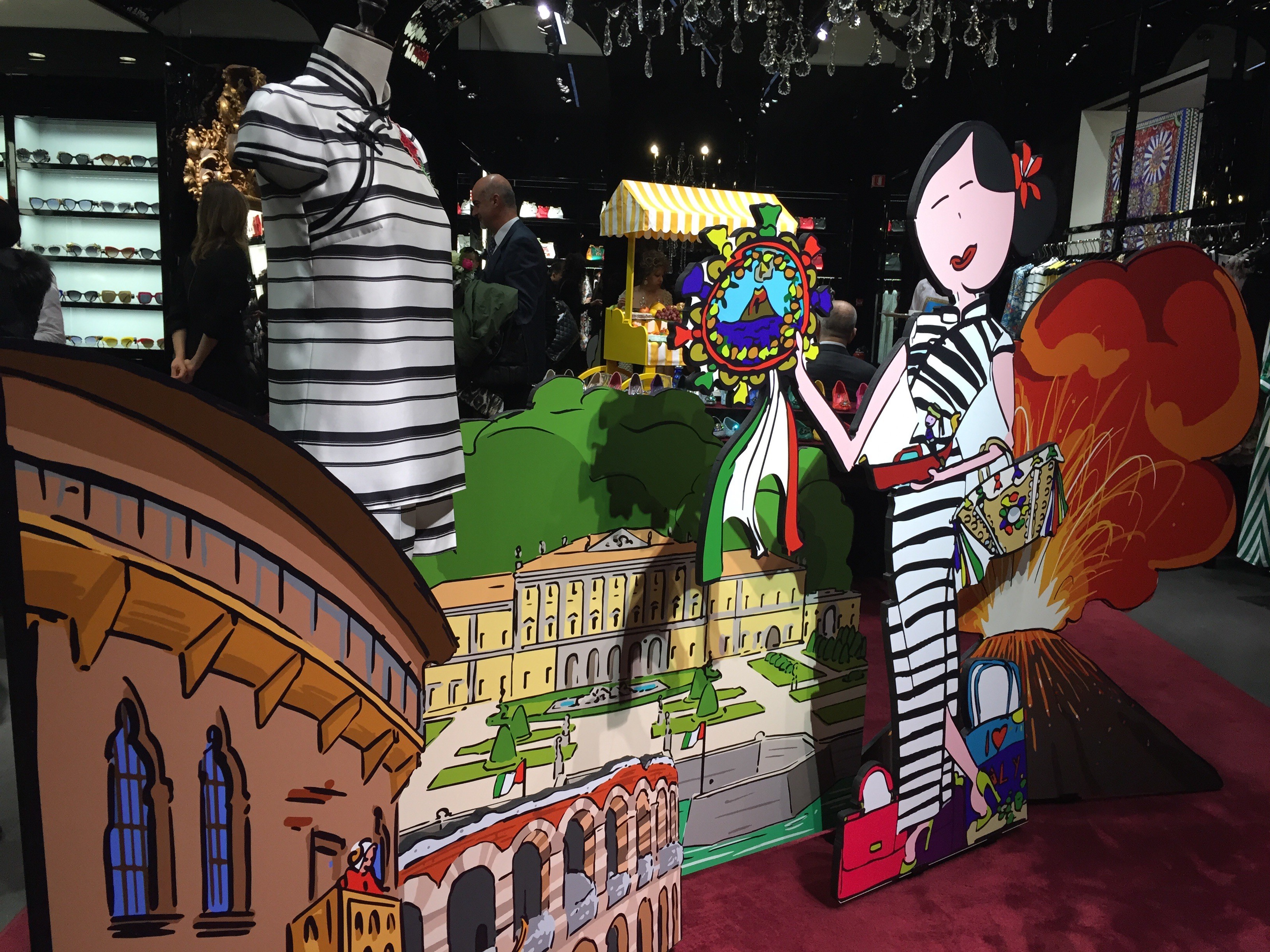 If you’re thinking China and Japan are everywhere, you’re totally right. You just need to have a look around to see how many Chinese and Japanese now live in Europe and become part of Western world or see how many fusion restaurants and sushi spread in every city. Well, this trend is also becoming part of fashion world and it’s so weird to notice that stylists and trends are even more focused on this meltin pot, even if talking about a very rooted Italian style as the one by Dolce & Gabbana. 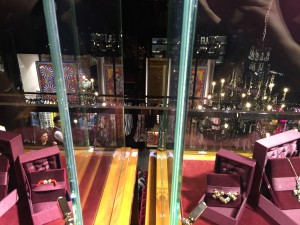 Yesterday I got an invite to have a look at Dolce & Gabbana shop based in the centre of Florence, they would celebrate their new collection, so I decided to have a look. I didn’t expect to see how much Italian it would be and how much Italy would be merged into Asian look & feel: Venice, Florence, Rome, Amalfi, Palermo and so on…monuments and symbols of the most famous cities are part of their dresses and shirts and pants and glasses and accessories! Dresses that look like postcards, colorful bags, striped t-shirts that remind of beach umbrella and summertime, plenty of handmade and unique products which represents Italian Dolce Vita feeling all around the world through these original collections #ItaliaIsLove #LittleSicilianMan #CarrettoSunglasses

But the best is that they’re completely oriented to Asia: the sorrounding  areas of the shop have been decorated by scenes and characters representing Chinese and Japanese people in Italy, people interested in Italian culture, trends and lifestyle 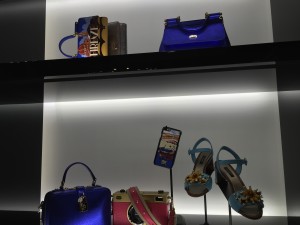 One of them is from the very South of Italy, Sicily, and they just created a campaign named #LittleSicilianMan that could be interesting for those who are searching for special gifts for Father’s Day

It was amazing and unexpected to see how Italy meets Asia also through this brand! 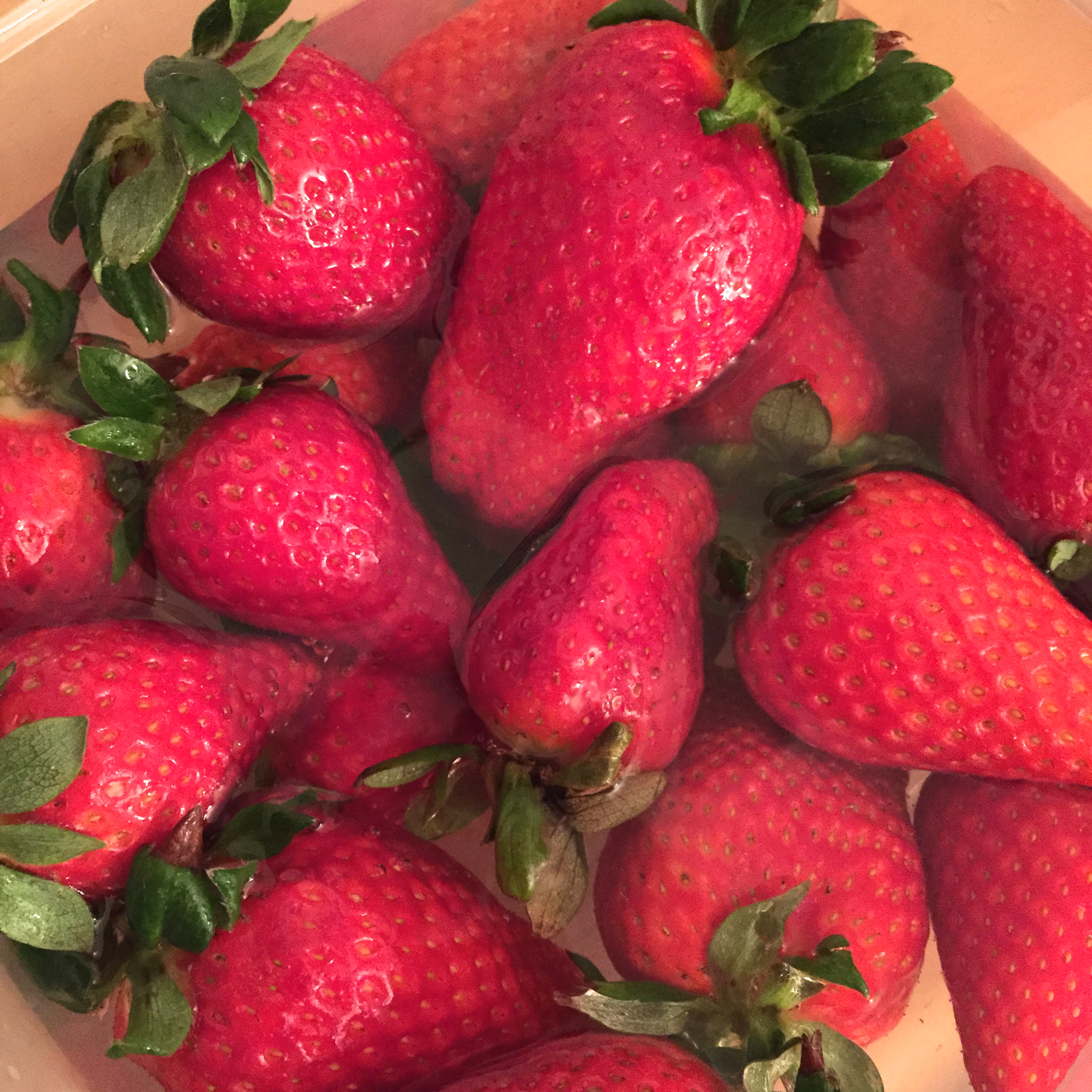 It’s weird, because if you’re passionate about e-reading and you spend most of your time reading articles and blogs of popular people and even if you search for something curious, you end up reading those articles written by a famous fashion model or a unknown blogger which show you…where she is, what she wears and what she had for kfastkfast – such a shame.

So, am I guessing if people are really interested in these things? Why nowadays to be trendy means show people and friends pictures about everyday breakfast with eggs, bread, milk and orange juice, yogurts and fresh fruits, jam, coffee or cappuccino, with everything positioned so tidily and methodically on a table?! Then, you just need adding a final must: photos have to be rigorously taken from above.

So, do people use these pictures because of a trendy narcissistic habit or because they just really care about what they have for the most important meal of the day?

By the way, maybe some people just do it because fashion world does the same and this let them feel part of it, as if they shared the same habits. Some other people might tweet and post their breakfast pictures because they wanna share that moment of the day? Or maybe because they spent hours to prepare it and they are excited about the final result, so excited that they need to share it on social networks instead of feel, taste and enjoy that moment?!

I found some other article on this topic, but answers remain skeptical.
Anyway, let your eyes feel glad by looking at those #breakfast 😉

#NoteOfTheDay Breakfast at Tiffany’s by Deep Blue Something, 1995. 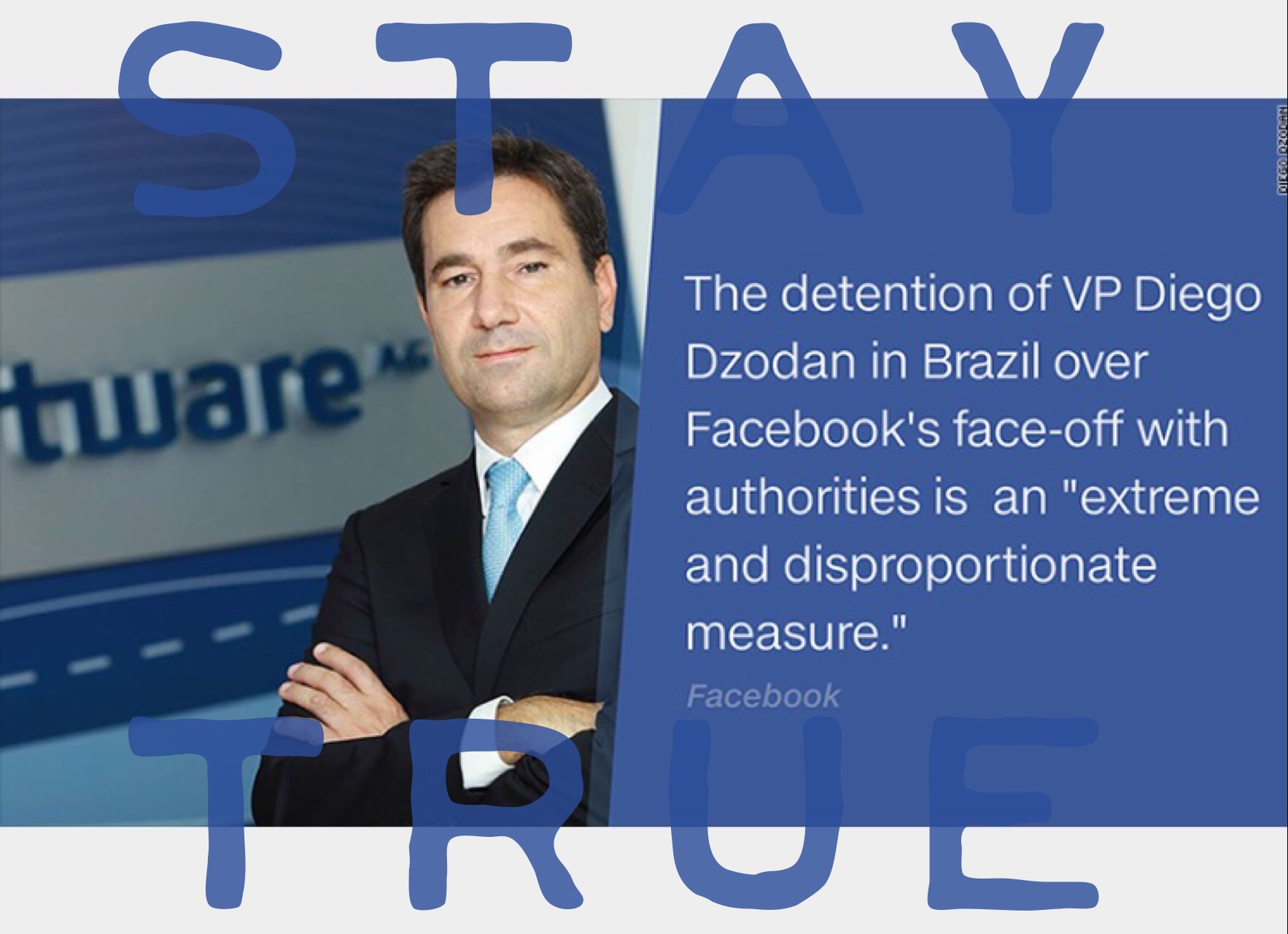 It’s the first signal we got during last days, while we heard that Facebook’s Latin America vice-president, Diego Dzodan, was arrested and now it’s free again.

The reason seems to be related to the unwillingness to give information in order to help security, he was accused of not helping in drug crime investigation, due to some WhatsApp conversation that would have been helpful if provided (as you may know WhatsApp is part of Facebook propriety). But there are 2 sides of the same coins:

Obviously, it’s hard to think that if it had collaborated with government, it also would have had a lot of controversial positions in terms of privacy laws, and maybe people would have started to think twice before creating new accounts and socializing.

Anyway, why do you think the government and Institutions in general fear so much the ‘social platforms increase’? Maybe because they can’t control them?

Do you think it’s possible to let people decide in which way they can communicate with the world? Try to be in Diego Dzodan shoes and find a correct reason to provide the government with the information they requested. People should rely on the channels they use to communicate with their friends, families, lovers and all the kind of persons, hence also criminals are included in those kind of ‘recipients’.

Well, I also think that if a social platform can help laws against criminals and drug crime investigation, maybe it’s worth to consider to create a specific ‘law’ for it? But that’s another kettle of fish.

The most important thing to notice is that both in this case and in the Cupertino similar case happened some weeks ago – when Apple did not provide any further info to the authorities because it was supposed to unblock the iPhone and give some private info – the Right to freedom of speech and expression had the best, but it also means that illicit trafficking – of organs, children, women, drug, weapons, and also words that help them are not ruled, limited and totally free.

#NoteOfTheDay ‘Free To Decide‘ ,1996 by Cranberries,