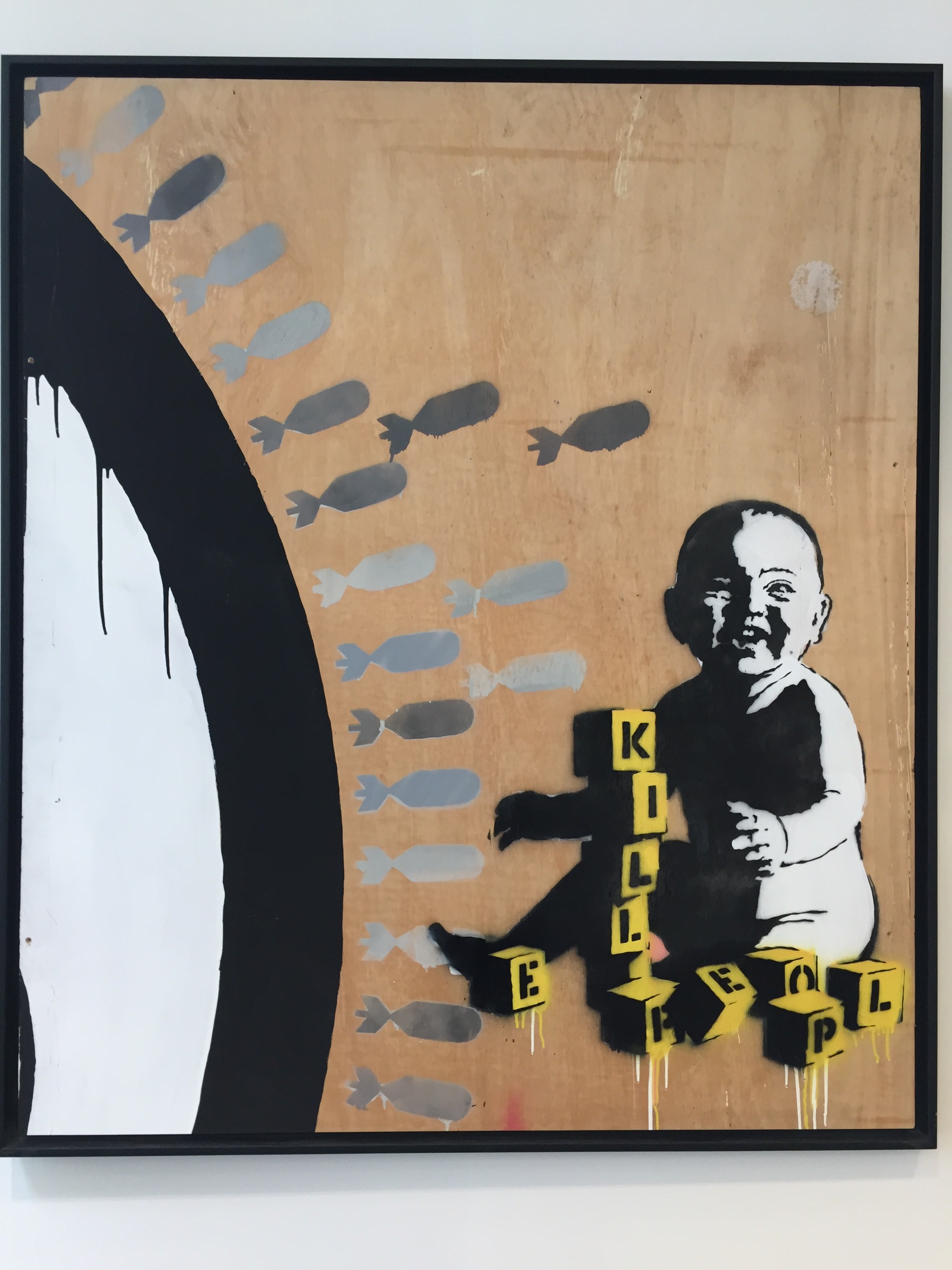 It was supposed to be a day as tourist in Bologna, with things that tourists generally do going up and down the city center and eating tortellini, tagliatelle or what ever… But then something drew my attention: Palazzo Pepoli – Street Art exhibit: Banksy & Co. 😲 And soon I realized that Co. meant Keith Haring from UK, Blu from Italy, Lady Pink from Ecuador, Lee Quinones from NYC, Fekner, lots of works of art coming from Martin Wong Collection in US and so on, unbelievable. Unbelievable was also that this kind of exhibition was into an historical museum and it’s interesting to know how the street art is becoming part of the history, at least in Bologna.

Let’s start with the basic first stencils and works, here you are a series dedicated to the rat, the animal that was chosen to be a symbol of the art diffusion everywhere in the city – as rats generally are everywhere. Then, rat is also a word that can be the anagram of ART: 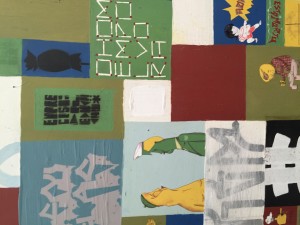 Then Mickey Mouse crashed on the backdoor of a train – why the train? Because it was one of the first mean used to spread the word by the street artists: 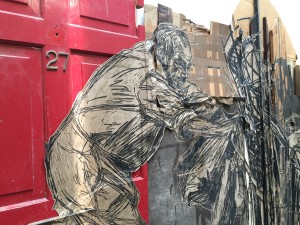 Here you are one of the most popular by Banksy: Rage, Flower Thrower, representing a man wearing a kerchief and baseball cap throwing a bouquet of flowers, with flowers and stemma as the only things in color: 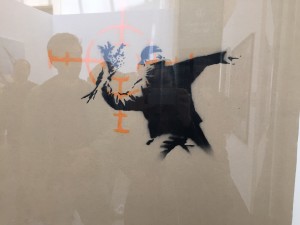 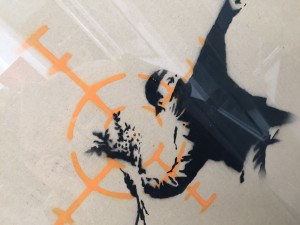 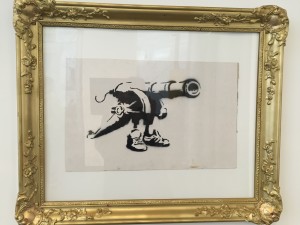 Recently, there has been a very deep argument between the Museum and one of the artists that is part of the exhibit – I’m talking about Blu, the most important one from Bologna: he has not accepted to take part in the exhibition, so he has been stolen of the artworks we can see here. After this, Blu decided to cover all of his works, so now it’s impossible see and enjoy them, none of them is still on the wall of the city.